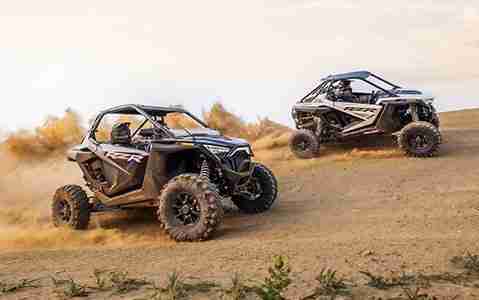 The 2022 model year seems to be huge for the UTV world, we’re seeing changes and improvements from the top SXS manufacturers that will change the UTV game for good.

The new Can Am Maverick X3 Turbo RR package has been bumped up from 195 to a staggering 200 horsepower! Performance in these machines has been trending upward year over year and this is a huge milestone for the sport. The major change from Polaris in the 2022 model year comes with the removal of a crowd favorite from their lineup. The RZR Turbo S has been removed from Polaris’s lineup leaving the brand with no models over 64 inches in width. The reactions from Polaris fans have been all but negative. Many are upset with the removal of the Turbo S along with no offering of a 72 inch model for the year. The new Maverick X3’s however, will now come with identically sized wheels with 32″ tires. No more staggered tires for BRP, which made carrying spare tires while riding a difficult task. BRP claims that the frame is 30% stronger than previous model years along with a well deserved redesign on the rear knuckles. A new double shear design on knuckles promises to make oblong knuckles a thing of the past. Perhaps the most exciting addition to the Turbo RR is the PDrive clutch which promises a better, smoother, and quicker accelerating driving experience. This technology is adapted from their snowmobile technology and includes a new belt temperature monitor that will help extend belt life and curb blown belts. 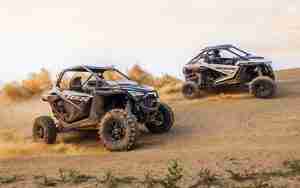 Will these new improvements to Can Am’s flagship model be enough to win over Polaris’s long standing loyal customers? Let us know in the comments below–